JDRM Engineering, Inc. was formed in 1995 with the merger of principals, staff, and business interests of separate mechanical and electrical consulting engineering firms. In founding JDRM, the partners made provisions for the business to evolve from their ownership to that of the leadership they would develop and nurture within the firm. A minimum of four senior partners take on majority ownership roles and are supported by a group of minority partners and associates. The evolutionary process envisioned in 1995 has enabled the firm to remain a closely-held private entity, owned and operated by partners active within the organization who continue to develop leadership from within the organization.

JDRM Engineering celebrates 25 years by updating our logo, formalizing our mission/vision, and thanking each employee with a $100 gift certificate to choose their favorite JDRM Engineering-customized Lands End gifts. We appreciate every one of our 48 employees and note special recognition here for all who have been with us since our founding: Bill Bauman, Dave Desjardins, Tom Gerken, Andy Juette, Larry Juette, Margie Kayser, Darren Keil, Chris Lockett, Matt Steffin, and Jeff Stringham.

Click here for an overview of the JDRM Engineering Management Team and their related responsibilities.

Arthur D. Myerholtz, P.E., stepped aside from his Partner role in 2018, following our evolutionary leadership process. Art remained extremely involved in our largest project to date through his retirement in mid-2019.

JDRM’s final founding partner, Steve Morris — the “M” in JDRM — stepped down from leadership and ownership roles at the end of 2016. Until his retirement in mid-2019, Steve completed ongoing projects and mentored the new  management team which included: 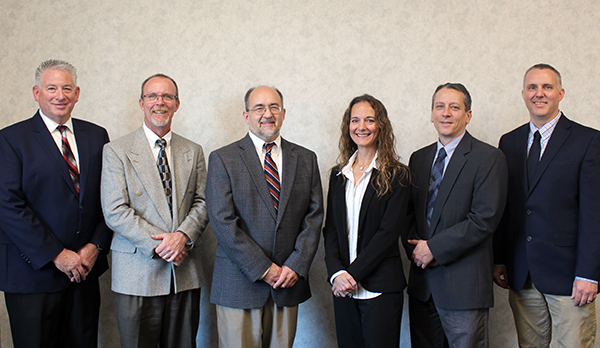 JDRM Engineering was saddened by the untimely loss of our partner Ken Rahman. 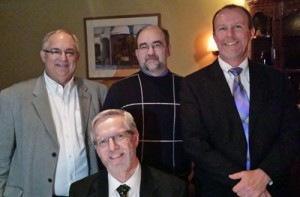 At the close of 2014, founding partner Dan Rosenberger retired per the evolutionary process. He is the first of the partners to pass on his ownership role and retire at the same time.

Bob Kalb became the second person to transition from his ownership role in the firm and he remains an active, valued employee of JDRM Engineering.

Larry Juette acted on the cornerstone evolutionary principle when he stepped aside from his leadership and ownership roles.  His continued active involvement in the firm is greatly appreciated. Steve Morris begins serving as President of JDRM Engineering. Jeff Stringham named Senior Partner.

The evolution process was first tested by the unfortunate death of Gary Driftmyer. On Mother’s Day 2003, Gary was involved in an automobile accident that claimed his life.

In founding JDRM Engineering, Inc., the partners made provisions for the business to evolve from their ownership to that of the leadership they would develop and nurture within the firm. A minimum of four senior partners are to be in a majority ownership role. Leadership is further supported by a group of minority or “junior” partners and associates.

Our evolution will continue as we serve your mechanical, electrical, plumbing, technology, and safety consulting engineering needs.